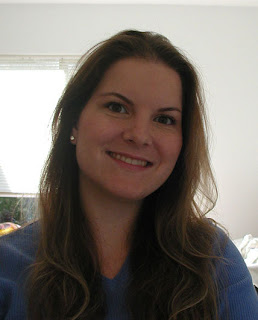 Yesterday, Texas astronomy grad student Amy Forestell became the newest astronomy PhD when she successfully defended her doctoral dissertation. After a party tonight, she is packing up and moving to New Paltz, NY, where she will join the faculty at SUNY New Paltz. Classes start in just under two weeks, so it will be an abrupt transition, but Amy will do well. She's the only graduate student to have won the McDonald Observatory teaching award, so she will no doubt land on her feet and become an excellent professor.

There are two approaches that people can take to deal with the faint galaxy. One choice is to look for brighter objects embedded in the galaxy, like globular clusters or planetary nebulae, and use them as tracers of the galaxy's gravitational pull. Individual clusters and planetary nebulae are bright enough to be studied. There are a couple of problems with using these tracers. First, there aren't that many of them. In an individual galaxy, astronomers are able to study maybe a few hundred globular clusters or planetary nebulae. That sounds like a lot, but these studies involve breaking the sample up into smaller samples based on their distance from the center of the galaxy, so you very quickly end up with groups of a couple of dozen, which result in big errors. There's also a question as to how these tracers are moving around in the galaxy. If they are swarming every which way, like bees in a swarm, then they are a good measure of the pull of gravity. But if most of the clusters or nebulae are plunging back and forth through the center of the galaxy, then it is much harder (though not impossible) to calculate the pull of gravity. Further, it's hard to tell how these tracers are moving around unless you have a whole bunch of them (more than a couple of dozen!)

The other choice to studying the faint outer regions of elliptical galaxies is the brute force method, which involves collecting as much light as possible with as large of telescope as possible. That's the approach that Dr. Forestell took. The great part about this approach is that, if you can get enough light, you are sampling the motions of tens of thousands of individual stars. So, with careful and clever work, you can figure out how the stars are moving around. There are also a lot of people who have put a lot of time into analyzing the motion of stars from light gathered in the central part of galaxies, so the analysis tools already exist.

Dr. Forestell used the Hobby-Eberly Telescope here at McDonald Observatory to gather her data. She also used a supercomputer at the Texas Advanced Computing Center to do hundreds of thousands of CPU hours worth of calculations necessary to explore many possible shapes and sizes of dark matter halos, as well as to explore the myriad of possible motions of stars. Tying all of this together, she found convincing evidence for dark matter halos in elliptical galaxies, which was not a surprise, but she also found that the dark matter halos aren't as dense in the center as most theorists would have predicted. This is mildly surprising, but other groups are finding the same result for dark matter halos around other kinds of galaxies. I think this is telling us that dark matter is more complicated than we thought. And that's cool -- astronomy would get boring quickly if we didn't have mysteries to work on.

On a personal level, I found Dr. Forestell's work quite interesting. My first idea for a dissertation topic back in the late 1990s was to do a very similar study, but using the Keck Telescope in Hawaii. My advisor and I even got time to start the project, but we were stymied by a breakdown of the instrument during our run. Rather than wait another year to start my project, I switched to studying white dwarfs instead.

Seeing Dr. Forestell's work, I'm glad that my project never got off the ground. The tools and supercomputing time that she required for the detailed analysis would not have been available to me a decade ago, and we would have struggled to make sense out of the data. Besides, I think I'm doing work that is just as interesting now, and I left today's grad students some projects to work on. It's a win-win situation.

Posted by Professor Astronomy at 09:45