It's bad when even astronomers are talking finances 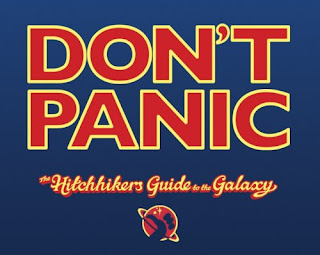 We astronomers can be a fairly unflappable group, perhaps because our science gives us a sense of proportion, sometimes a bit too much so. On September 11, 2001, a handful of my colleagues were hard at work, figuring "things would sort themselves out." When Hurricane Ike was approaching the Texas Coast and had a chance of striking Austin, our lunchtime and break time discussions were centered around that week's astronomy colloquia.

So, it was a little astounding at lunch yesterday, when the lunchtime discussion was mostly related to the U.S. financial crisis. A couple of times, a couple of people tried to steer the talk into a discussion of magnetic hoop stresses and the magneto-rotational instability (topics I don't understand very well), but even the die-hard theorists' eyes kept flitting back to the restaurant's TV screen, as the Dow went from -60 points to +60 points to -50 points to positive territory again, all in about 45 minutes.

Bad economic times do not bode well for science. State budget problems mean fewer positions at state universities. The 30% drop in the markets takes a significant chunk of money out of university endowments, donated monies that are invested, with the profits being used to fund research, scholarships, and jobs. The federal science budgets will almost certainly not rise greatly, if at all, except in a few specific fields (like energy technology). The extent our future money problems is extremely uncertain. So, we're nervous, too.

Posted by Professor Astronomy at 09:11